Once upon a time, there was a little girl who wanted to help her mother. Her mother had a big, beautiful garden… it was an organized chaos of wild colors, organic shapes, and a few edibles. It was a habitat well suited for a fairytale… with its winding layers and rocky borders.

One spring day, the girl’s mother grew increasingly frustrated that the amount of weeds in her garden had grown more plentiful and bountiful than the amount of hours she actually had in a day to eradicate them.

She left the house for work in an irritated tuft over her neglected garden. The girl decided to come to the rescue. She could defeat weeds… if they were easy to pull out of the ground, and they looked like a weed, then they were a weed.

So the girl set to work. She employed the aid of her younger brother, and soon spewed over the driveway was a massacre of unwanted, eradicated, tall weeds. Their dirt crumbled off of their torn roots, and their stems became increasingly flat as they were stepped on and discarded. The girl noticed that there were many of this specific type of weed, and as it easily came right out of the ground, she soon slayed every single one in the majestic garden.

The girl waited proudly for her mother to return home. She was eager to show her the rescued garden, an act of love from a daughter to a mother. This was not to be.

Upon returning home, the mother was speechless. She quickly retreated to her room… from which the young girl heard sobbing.  The girl had ripped out every single Blazing Star flower from the garden… mistaken for weeds, these flowers bloomed purple petals in the summer, resembling fire crackers, or, stars. The girl was disheartened as the mother attempted to replant and rejuvenate her assaulted treasures. These treasures turned out to be the only actually flowers that were left in the garden, but after the girl’s interference, now there were only weeds inhabiting the winding layers and rocky borders of the fairytale garden.

This girl is me.

Given the current pandemic of the Coronavirus, there has been a heightened personal need for our family to be able to provide food for ourselves. Combined with a degree of panic and urgency, this girl, me, is now attempting to grow her own garden… all the while this memory is in the back of her, my, mind. What if I pull out all of our peppers, tomatoes, cabbages, and carrots thinking they are weeds?? Not having a green thumb, at all, this endeavor of providing food for our family through personal toil with the earth’s soil is rather precarious.

And, as this is considered ‘healthy living,’ and self-sustainability through gardening is encouraged by the Living Building Challenge, I figured I’d share my learning with you.

But have no total all consuming fear! The girl’s mother is also here! My wonderful mom has agreed to aid in this attempt of self-provisioning… so hopefully I won’t mistake all of our veggies as weeds and massacre them… every… single… one… 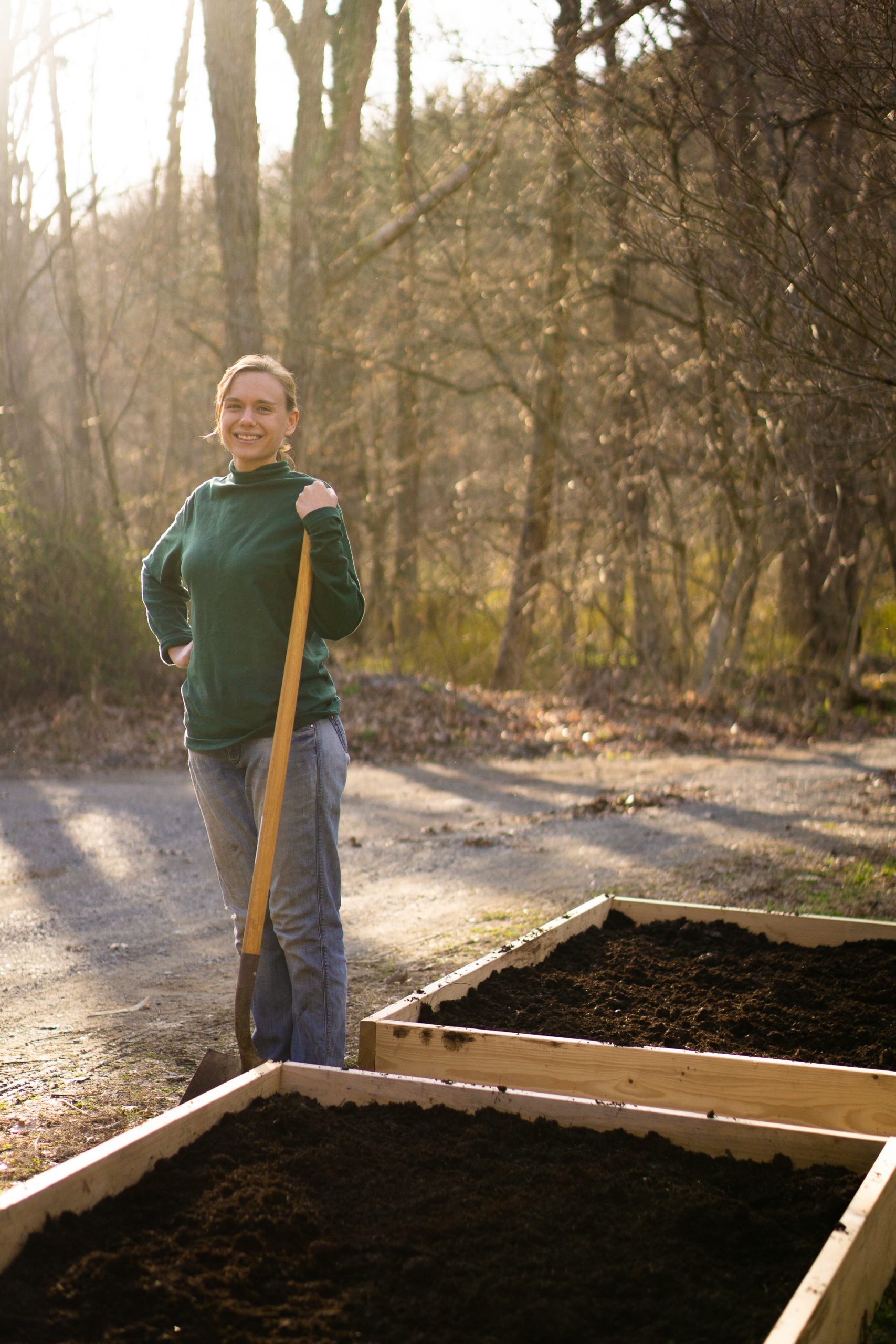 Shelby and her gardens